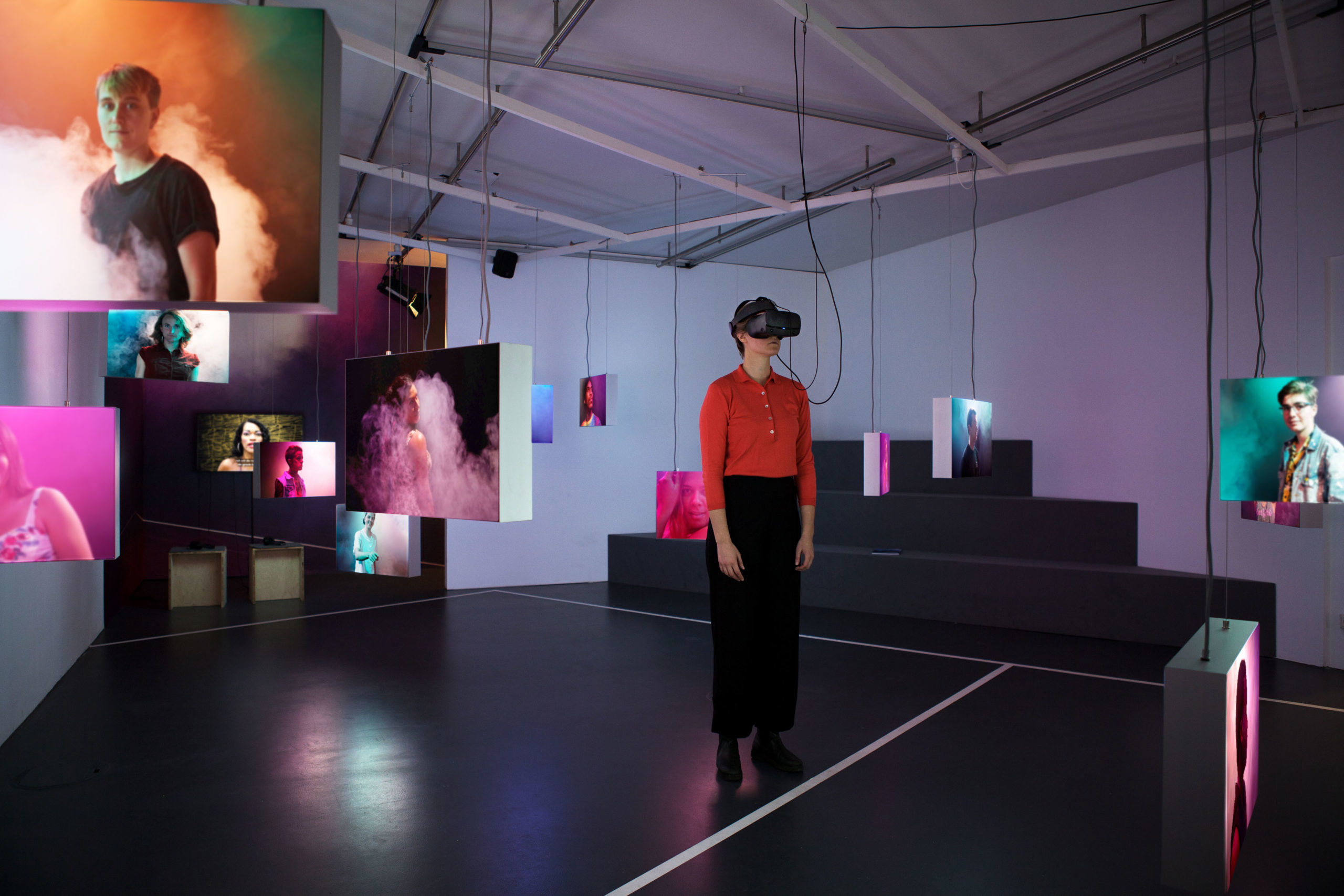 Immersive installation and 360° VR Artwork showing the strengths and visibility of trans* communities in Brazil and Germany. The project creates a frame for trans* people to speak for themselves, be seen by each other and supports their visibility.

„To have that capacity to see myself from different perspectives is my strength.“

The exhibition shows a cluster of portraits in a dynamic installation that uses spatial and sonic interventions to create a sense of pluralism and porosity. Through a VR headset hung in the installation, visitors can see the participants playing „Baleado“, a simple and energetic ball game.
The virtual video space and the actual space of a gallery are merging, both visually and sonically: The gallery has been transformed into a space that sounds a looks like the memory of a temporary sports hall.

This sports hall was indeed created both in Brazil (2018) and Germany (2019). For the filming, a 360° camera was hung in the middle of this temporary sports field, capturing several games of several groups of trans* people.

In order to combine the virtual space with the actual space of the gallery, sound artist Will Saunders decided to extract the sound of the VR video and project it into the gallery space. What could be seen inside the VR headset could simultaneously be heard in the gallery space. Laughing, cheering, sounds of sports trainers squeeking on an indoor sports field were alternating with drumming influenced by Afro-Brazillian Candomblé rhythms and quiet moments of internal thought.
Added to this immersive installation was a TV monitor presenting individual interviews, as well as a reference wall indexing material that showed the participant’s influences are also installed in the space.
You can watch the whole interview video here:

The exhibition also included a limited edition print of all 41 interviews. The participants were each asked the same questions:
– Who/What inspired you in the past?
– How would you like to inspire the future?
– What’s your strength?
– What can not be taken away from you ?