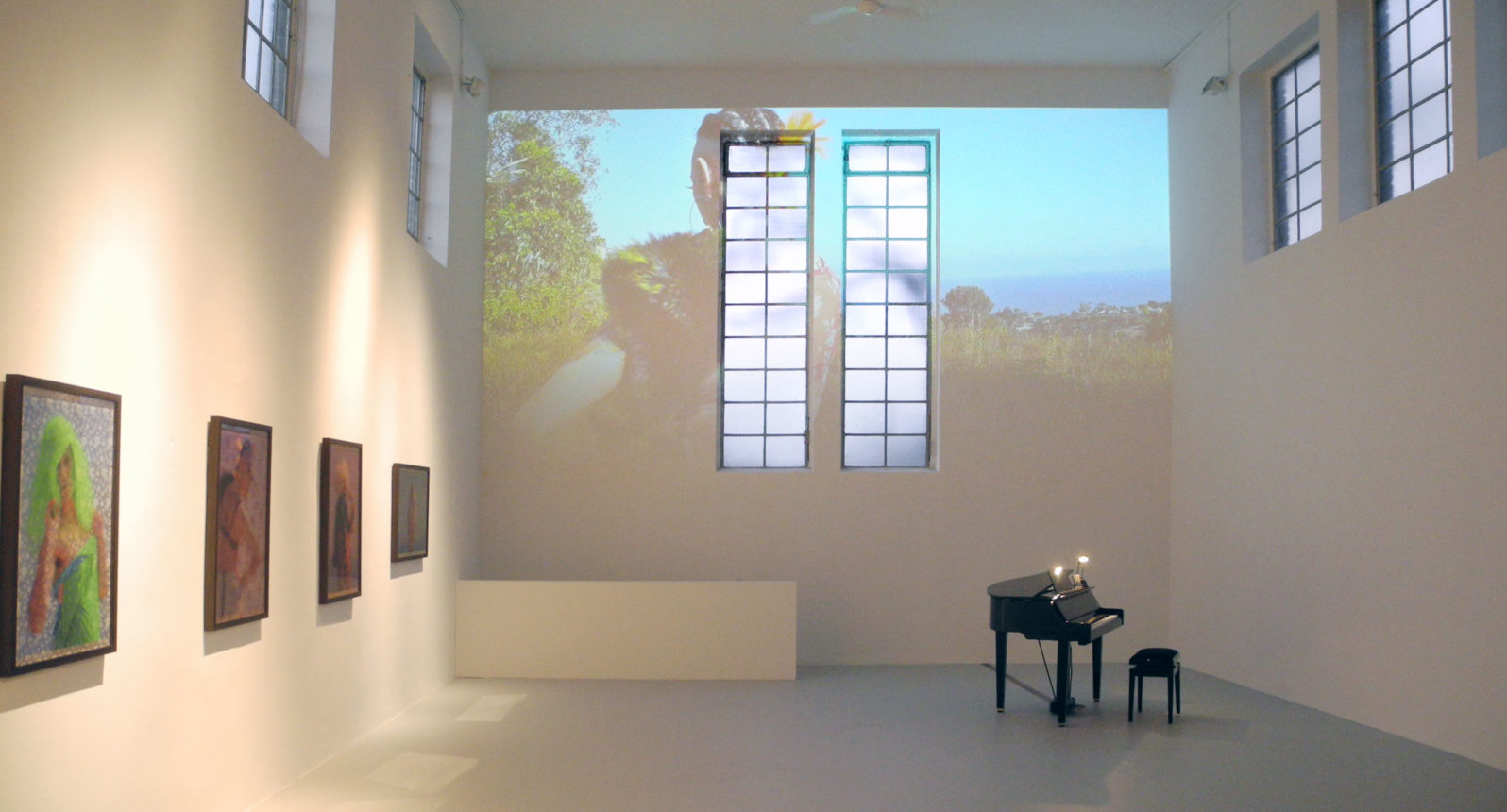 This exhibition shows video projections and photography, produced during a residency at Villa Aurora, Los Angeles in 2012. An accompanying 7-minute musical track, played by an automatic Yamaha player piano, was improvised by William Saunders and installed in the room.

Villa Aurora has been the former exile home of german writer Lion Feuchtwanger and his wife, Marta, during and after the second world war. Inspired by her personality, her extraordinary way of dressing in floral patterns and her love for the garden, the show takes on the history of Villa Aurora, the life Marta Feuchtwanger led there and my own experiences in Los Angeles as a residing artist.

The player piano, in the absence of any player, performed a composition at regular intervals, subtly addressing an evasive nostalgia present in the exhibition.

Although conventionally melodic and musically structured, the piece is improvisatory. The keys play a carbon copy of a performance played into the piano itself, a week previously, at it’s home near Aachen, Germany.
Completed within an imposed time constraint, seemingly in the middle of nowhere, the recorded performance attempts to evoke memories of piano sketches made in Los Angeles while forging them into the structures of the song ‚Isis‘ written by Bob Dylan and Jacques Levy.

This exhibition is accompanied by a catalogue and a limited edition print.