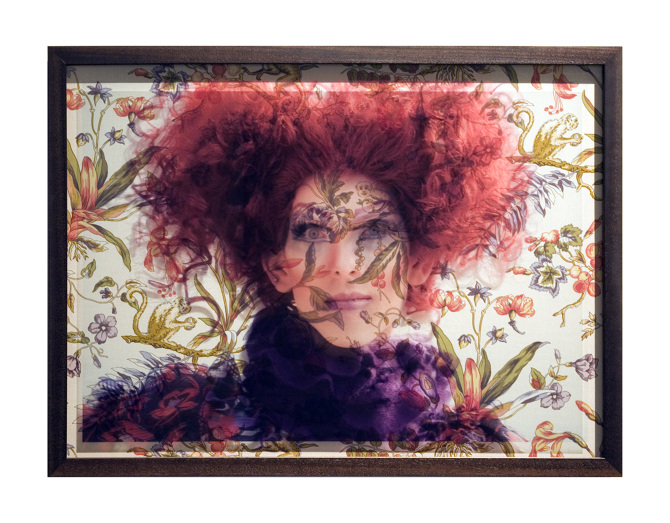 Resulting from a residency at Villa Aurora, Los Angeles, these portraits depict a spectrum of femininity, performed by several artists from LA. The stretched fabrics at the background are inspired by Marta Feuchtwanger, former owner of Villa Aurora and wife of the writer Lion Feuchtwanger, who emigrated into their american exile in LA during WW2 in 1940.

She did not submit to any pattern and won her freedom precisely by doing so.

Marta Feuchtwanger is told to have been a very strong and independent woman, symbolising emancipation. Her spirit is still very much alive at Villa Aurora. In the pictures, the participants each stand for their own version of emancipated femininity, a feeling strongly felt by the artist during his time in LA.

The pictures amalgamate Hans Diernberger’s experiences in LA with the history of the residency and its former owner.